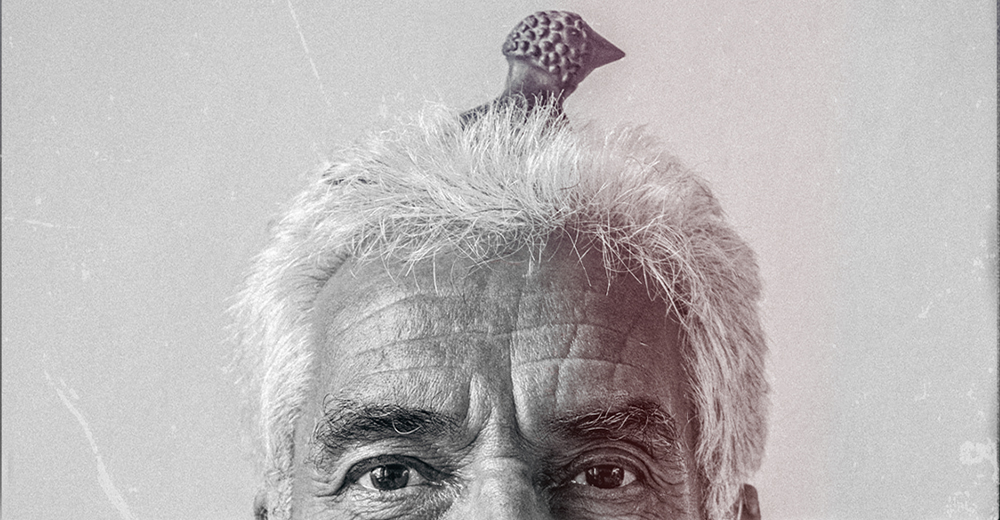 Interview with Ariel Kalma during his stay at the Old Carpet Factory . September 2019. 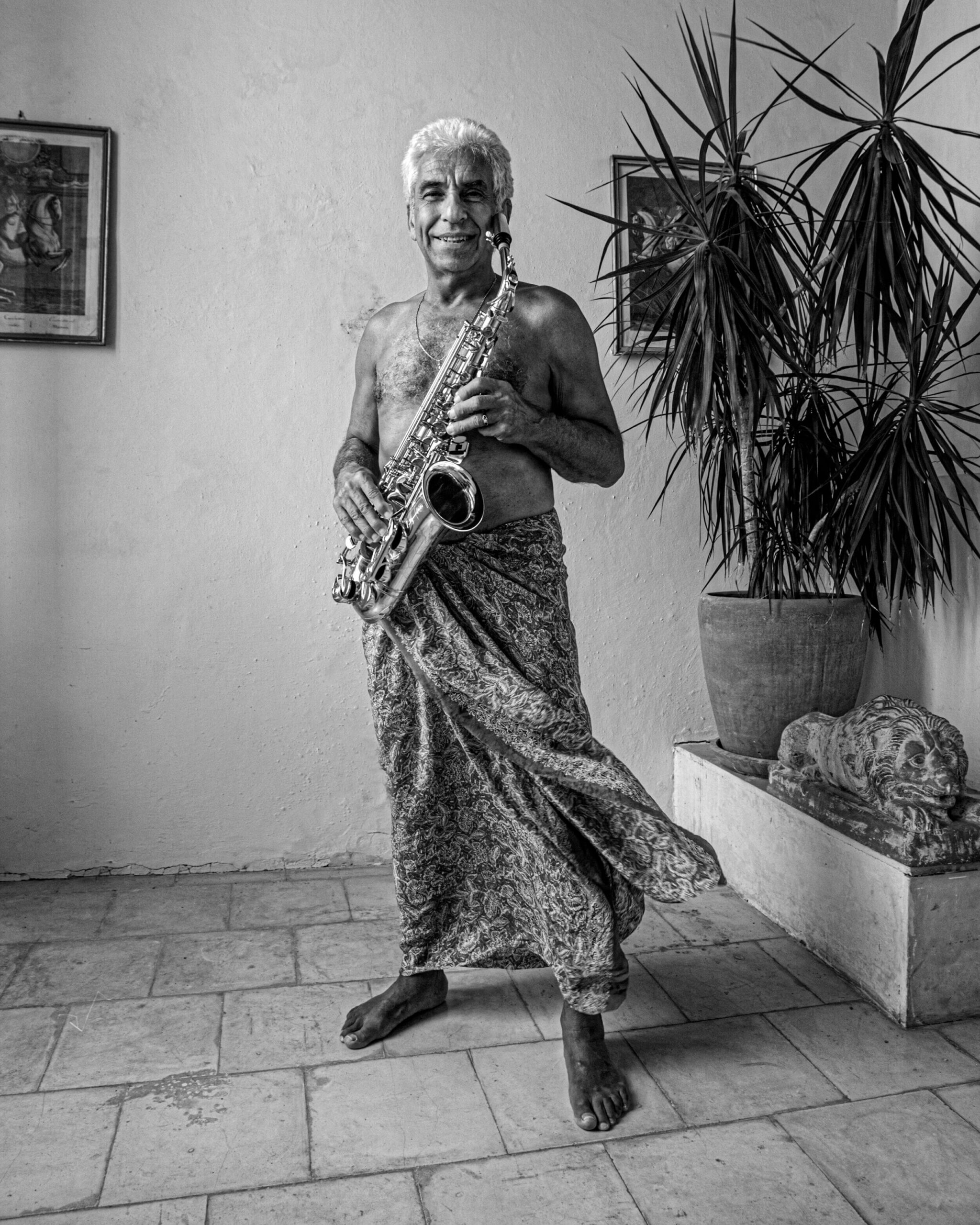 Ekaterina Juskowski: You had a busy summer touring to Europe’s major cities, releasing your never before heard archival tapes from the 1970s on vinyl, playing an underwater concert in Moscow alongside Laraaji during the Red Bull Music Festival. What brings you to Hydra?

Ariel Kalma: I’m here thanks to the invitation from “Il Vulcano,” an Italian collective founded by Paquita Gordon, to record and film a ritualistic performance curated by Margherita Chiarva. The duo improvisation with Turkish musician Gorkem Sen happened in nature, in the secluded village called Episkopi on top of the island where we played for twenty-four hours in response to the surroundings in presence of a small audience. The team of Old Carpet Factory recorded the sound and the studio became an ideal base in the days leading up to the performance.

EJ: You and Gorkem Sen have a lot of common aspects of your musical careers: your search for original sound, your computer and sound engineering leading to inventions of ...in your case and Yaybahar in Gorkem. How was your experience of creating with him?

Ariel Kalma: It was a wonderful meeting of like-minded souls, however “absent-minded souls” fits better in our case. I never met Gorkem before coming to Hydra and heard the sound of Yaybahar for the first time at the Old Carpet Factory. The acoustic-treated soundproof recording room and Neumann and Earthworks microphones available at the studio impressed me enough to record some test tracks with Gorkem at the Old Carpet Factory before the Nature Performance in Episkopi.  We played along my electronic setup as I blew didgeridoo, played saxophones and flutes in my long loop system. As we progressed, I could appreciate not only the music we were creating together, but also the superb sound quality produced at the Old Carpet Factory studio. Finding the common language with Gorkem was easy

The praise of your early works recorded in the 1970’s is univocal, absolute and abundant, there is also a heightened enthusiasm about the projects you did in the recent years. What happened to you during the three decades in between? Did you go on a hiatus?

Not in the creative sense. I never quit practicing my instruments and continued recording but commercial success was never my main focus.

Music industry is a trap. I didn’t want to be in that system. Anyone with a talent is going to climb in popularity. I needed to develop my spiritual strength and not be convinced by religion or society. The most important thing for me was to become a good human being. In my case it was very easy to stay focused on the spiritual growth because I had no distractions. In the beginning nobody liked my music. Nobody wanted it. In the 1970s and 80s I was lucky if fifty people showed up to my performances, with only five audience members making it to the end.

The business of becoming a better person took me to some very nice places - places where there is a value in the total human potential. And there is a lot to say about potential because potential is a “verb,” it's not fixed, it changes constantly. While exploring it, I became more successful on the inside. 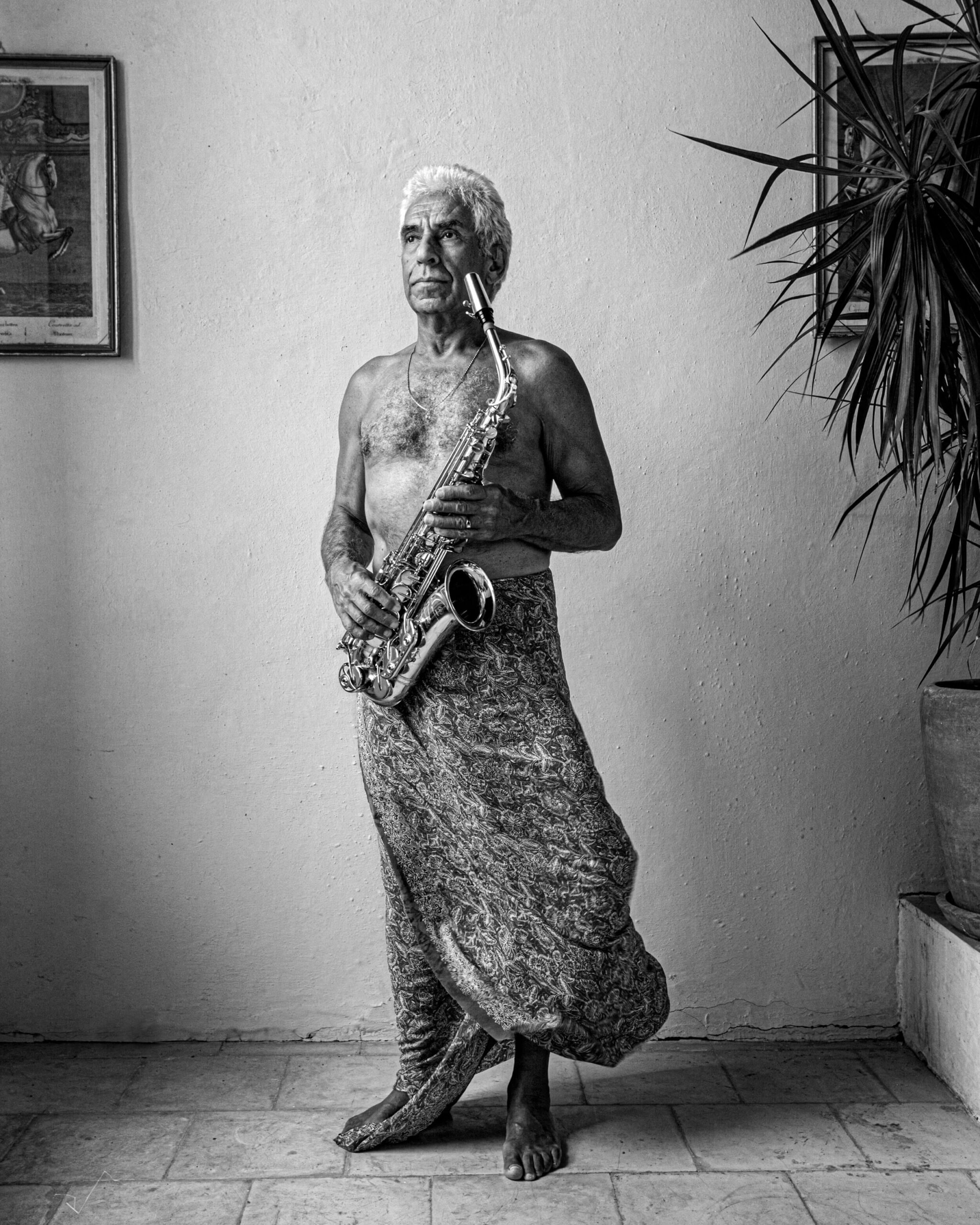 Two places that had the most profound influence on your career lie very far apart, not only geographically, but also on the polar opposite spectrums of nature vs technology, spiritual vs mechanical, antient vs modern. These two places are India, where you spent one year in your late twenties studying music, spirituality and learning breathing techniques, and the Groupe de Recherches Musicales (INA GRM) studio in Paris, founded by Pierre Schaeffer known for pioneering a radical innovation in 20th century music by merging it with science, technology and engineering. How does one combine such antithetical experiences and what can be learned from them?

Before I found myself, I managed to get very lost. When I was twenty-eight years old, a concerned friend gave me a one-way ticket to India four days before the departure date. So I went.

India put me into a cultural shock. At that time the country was still pure, rather isolated from the influence of the Western culture. People had very little in material terms and endlessly more spiritually. I used my time there to develop the spirit and the ears. Indian musicians I admired spoke a completely different language unfamiliar to me at the time. From them I learned the meaning of “going to the end of what you want to say,” “telling the story with your music,” “never finishing what you are talking about.”

Another cultural shock came upon my return to Paris. The entire society seemed to be composed of soulless people. Comparing all the Paris experiences to India, I thought, what a waste! It took me a while to readjust back. Then a school friend, who was a technical director at the INA GRM studio offered me a position of an assistant engineer. The job exposed me to new technology, introduced me to the innovators of the music world like Philip Glass, to avantgarde ways of expression. While at the studio I developed the long loop system and recorded some of the most significant personal works. The collection “Nuits Blanches au Studio 116” released in June of this year on vinyl by Transversales Disques was recorded during that time in the INA GRM at night after work and during the weekends.

I cannot avoid being modern but at the same time I think in ancient times. Electronic music and Vedas are always on my mind.

Which work do you consider your magnum opus? Have you recorded it or is it yet to come?

“Le Temp des Moissons” or “The Time of Harvest” album will carry through time and space – it is “timeless” and “spacious” enough. It represents the spirit I had after coming back from India. I named the album for the future.   After 1000 copies were pressed, I ran out of money and had to be creative. I purchased 1000 blank sleeves, traced my hand on every one of them and signed each copy by hand.

What are your most memorable moments from Hydra besides cancelled ferries back to Athens, missed flight back to Australia and being stuck at the Old Carpet Factory for extra two days due to strong winds?

The welcoming at the Hydra port upon arrival to the island. The donkeys, learning that there are no cars on Hydra. The steps: to get to the house you have to walk your way up from the harbor while donkeys carry your luggage. The light is very interesting: the white and the blue of the houses. The ancient feeling walking through the streets, the polished stones... picturesque! And of course, the unexpected two days of uncertainty, being stuck on an island due to bad weather miles away from your home when one has no other choice but to surrender to the circumstances of life and ... 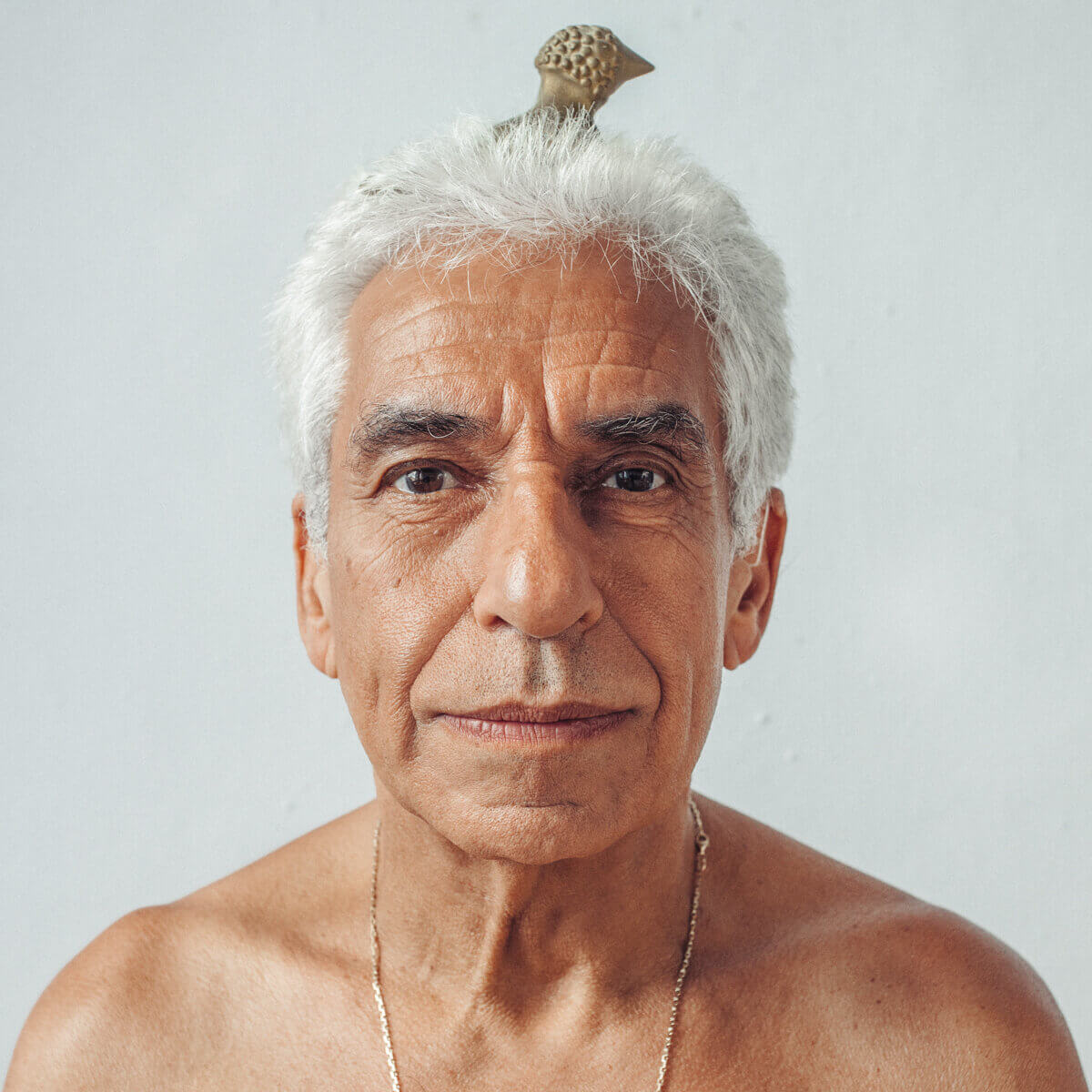